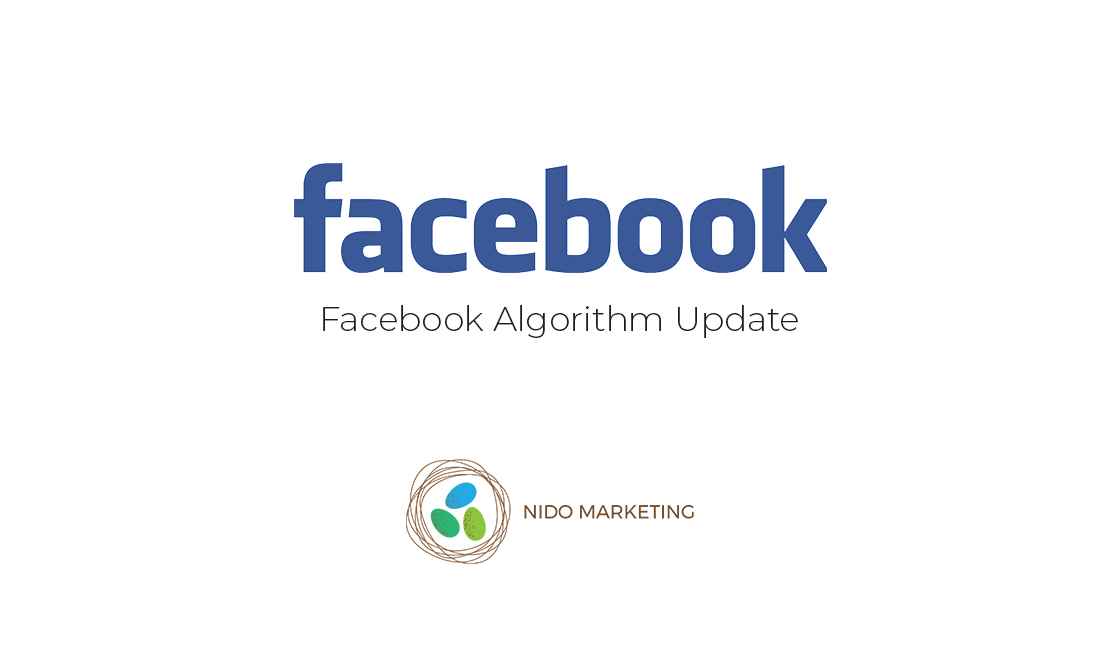 Please keep in mind that everything you may be hearing about what this change means is speculative. That includes this blog. I’m offering you my best guess based on nearly 12 years as a digital marketer.

I have lived through my fair share of algorithm updates and have learned quite a bit from them. Chief among those lessons is that anyone who tells you they know for sure how a change will impact an ecosystem is usually very wrong.

With that said, there are quite a few safe assumptions to be made along with some educated guesses that I feel comfortable putting in writing.

Here’s a summary of what’s going on

Saying this is a big change would be an understatement. Assuming Facebook actually sees this mission through, this could be the single largest change to one of our most important content networks in history.

Zuckerberg does a good job of summarizing the approach:

“The first changes you'll see will be in News Feed, where you can expect to see more from your friends, family and groups. As we roll this out, you'll see less public content like posts from businesses, brands, and media. And the public content you see more will be held to the same standard -- it should encourage meaningful interactions between people.”

By prioritizing content from friends, family, and groups over businesses and brands, Facebook is working against its short-term self interest —especially in terms of its ability to monetize Facebook’s users through ads.

However, this also does a much more effective job of cementing Facebook's positioning in our lives for the long term. It’s a brilliant move from a seasoned tactician who understands how quickly social shifts can happen.

While Facebook is (of course) positioning this as their response to a moral imperative, it seems far more likely that this is a course correction meant to curb the ongoing and steady decline in Facebook usage.

What does this mean for Montessori schools?

In the context of this change, Montessori schools fall within the “brands and businesses” category that will more than likely see their reach decreased. That means our ability to directly target and market to mission-appropriate families will be inhibited.

Up until now, Facebook ads have been the fastest and most cost effective form of marketing Montessori schools have had at our disposal. While the days of easy reach and cheap traffic may be over, it isn’t all bad news. In fact, this might be much better for the Montessori narrative in the long-term.

Facebook is prioritizing content that is more likely to “encourage meaningful interactions” with people. The Facebook of old was a pay-to-play ecosystem where Montessorians had to fight with billion dollar companies for milliseconds of a potential parent’s time.

To say that the playing field has been evened out would be to grossly misunderstand the impact this change will have. The cards are now stacked in our favor. This is an algorithm update that is meant to favor organizations with messages that are positive and worthy.

In short, this is a fight Montessori schools can and should win.

If Facebook is true to its word (which remains to be seen), we’ll see a new, cleaner ecosystem. In fact, if you think about the psychology of your truly mission-appropriate families, it is important to note that this new Facebook just became far more appealing to them.

Facebook is positioning itself to reenter the daily lives of a higher tier of users that it may have lost along the way. Those are our parents!

Chances are, it will be more expensive and will take more time to effectively reach that prospect. However, the value of the engagement should also increase, which will hopefully more than offset the additional expenses.

Translation: This will more than likely mean that your cost for a Facebook lead will increase. However, it should also mean that the relevance and quality of that lead increases as well. Because parents are seeing far less advertisers, it stands to reason the few interactions they do have will be very strong ones.

So what do we do right now?

These updates take time and are generally rolled out in a very controlled way. How (and when) these changes will directly impact Montessori schools specifically is yet to be seen. As I stated at the beginning of the article, we can only speculate until we actually see what impact the update has.

I wouldn’t be the least bit surprised to see that these changes apply largely to national campaigns and Facebook leaves smaller, geo-targeted campaigns alone, or at least dilutes the impact the changes have on them.

As you can imagine, this is something we’re going to be keeping a very close eye on. In fact, this is the value in having a community like Nido where we can share experiences and keep our finger to the collective pulse.

Until we have actionable recommendations moving forward, the best thing to do would be to continue with what is currently working for you. If you have a strong Facebook ad campaign, continue to invest in it.

If you aren’t running Facebook ads, I would recommend doing so soon.

For those not advertising on Facebook, I recommend doing so sooner rather than later. You may find it easier to experiment, establish proof of concept, and begin building your authority as an advertiser before the changes are made.

These are not small changes and they’ll take a significant amount of time for Facebook to implement. Further, my guess would be that Facebook places more of an initial emphasis on inhibiting the reach of broad scale, national campaigns and companies.

I anticipate Facebook always being a valuable marketing channel for Montessori schools. However, I do believe that establishing yourself on the platform will be much easier if done before the updates have taken effect than after. If you need help, we have a course on Facebook Ad management in the member’s area.

There are no comments yet. Be the first one to leave a comment!